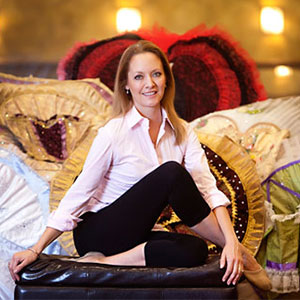 Owner/Artistic Director
Alicia Chodera began her training in Chicago, Illinois at the Ellis-Duboulay School of Ballet at the age of 8, studying the Royal Academy and Cecchetti ballet technique on full scholarship. She was awarded a full scholarship to the Boston School of Ballet under the direction of Violette Verdi and E. Virginia Williams, and became a member of the company. She continued on to the School of American Ballet where she received extensive training on scholarship in the Balanchine technique from such masters as Stanley Williams. She danced with the Zurich Ballet, Miami Ballet and the Boston Ballet. Alicia studied academics at Miami Dade Community College in Kinesiology and dance therapy. She is presently directing and teaching at The Dance Academy of Stuart’s three locations. She enjoys choreographing for her young performing company “Stuart City Dancers”. In 2001, Alicia received a Bronze choreography award for her contemporary dance “Jungle Bird”. This is Alicia’s 22nd season as Artistic Executive Director, choreographer and owner. In 2018, Alicia received her certification in Progressing Ballet Technique. She looks forward to introducing the program into the DAS class curriculum. Every year she shares her passion of dance with every student who enters The Dance Academy of Stuart.

Creative Movement, Ballet, Musical Theatre and Modern
Lindsay holds a degree in the Arts from Indian River State College. She started dancing at the age of four and has studied under the direction of Sherri Costales of Georgia Academy of Dance, Alicia Chodera of The Dance Academy of Stuart, and Charles Russell, formerly of the Joffrey Ballet. Lindsay was a featured dancer in Unto These Hills, Cherokee, NC and has performed extensively around the Treasure Coast and Palm Beaches with Preston Contemporary Dance Theatre (PCDT) where she is currently in her eighth year and the rehearsal director. Lindsay lends her choreography talents to many of the local high school theatrical productions and has worked with Shiloh Theatrical Productions for many years both as a Performer and Choreographer. Lindsay also steps into the role of Director for productions like Peter Pan, Little Shop of Horrors and Promises, Promises. She “hopes to inspire others to dance through dance, and is passionate about performing and teaching this incredible art form”. This is her 15th year teaching at the Dance Academy. Lindsay is also a company dancer with Atlantic East Coast Dance Theatre. Recently Lindsay received her certification in Progressing Ballet Technique and looks forward to adding this exciting cross training to the students at DAS. She is thrilled to begin her 5th season with AECDT an affiliate of DAS. Lindsay is the mother of two children. 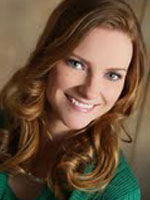 Competition Team Director
Jazz, Tap, Lyrical, Contemporary
Kim Lorenzatto began her training locally at the age of seven in Ballet, Tap, Jazz, Lyrical and acrobatics with an emphasis on Jazz and Lyrical. She competed throughout her childhood and young adult years on regional and national levels earning National High Scoring titles. Throughout her 14 years of teaching, Kim has choreographed competition pieces that have earned Judges’ Choice Awards and Platinum Medals. Kim is certified to teach through Dance Educators of America and is a 2-time attendee of Dance Masters of America Teacher Training Seminar in Buffalo, NY. Kim has continued her education as an adult by attending classes with masters such as Mia Michaels, Judy Rice, Brian Friedman, and others from across the country. Kim spends her weekends in the spring traveling the country with Sophisticated Productions Talent Competitions as an adjudicator and Special Awards Judge. Recently this season, Kim received her certification in Progressing Ballet Technique. She looks forward to instructing this cross training techniques to the students of DAS. This is Kim’s 11th season at The Dance Academy of Stuart. 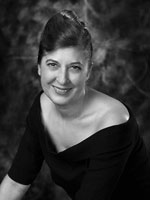 Ballet, Pointe
Susan Horton brings 10 years of experience in ballet instruction to The Dance Academy of Stuart. Her training and professional dance experience include dancing for: Ballet Florida, the Iranian Nivaran Ballet, State Ballet of Augsburg, Germany, the Harkness Ballet Co., and a Trainee at the Joffrey Balley School in New York City. She has attended ballet teacher seminars at Purchase College in NY and received the American Academy Certificate of Excellence. She also received a Dance Teacher Magazine Certificate of Recognition. She currently has taken a strong interest in Flamenco style of dance and will offering Flamenco and ballet classes in Stuart and Palm City. This is Susan’s 9th year with the Dance Academy. 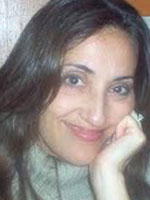 Ballet, Pre-Pointe
Sonya began her ballet training at the age of 14 with the Ft. Pierce City Ballet under the direction of Nataly Nijinski. She was Bolshoi/Kirov trained at the age of 17 and went with Ms. Nijinski as an observer at the Olympics of Ballet Competition in Bulgaria and took ballet classes with the American team. She danced soloist/principal classical roles for the FPC Ballet for 17 years and began teaching beginning/intermediate level ballet to the students during the last seven years she was with FPC Ballet. This is Ms. Sonya’s 13th year at the Dance Academy of Stuart. 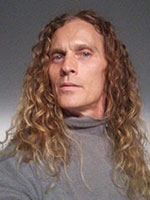 Ballet, Pointe, Pas de Deux
Jesse Seth Hammell has professionally performed throughout the United States, Japan, Canada and Bermuda with ballet companies like James Sewell Ballet, David Taylor Dance Theatre, Ballet Pacifica, Grand Divas, Ballet Florida and Demetrius Klein Dance. He has been a founding Ballet Director for Downtown Dance and Wellington Ballet Theatre, as well as directing his own school and company, Ballet Atlantica. He also holds a Master of Science degree and professional licenses as a physician of Traditional Oriental Medicine. In 2018 Mr. Hammell began his first season and is honored to become a part of The Dance Academy of Stuart. 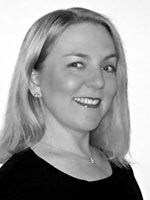 Ballet, Pointe, Lyrical and Tap
Stacey began dancing at the age of seven at Kofargo Dance Center in Illinois. In 1981 she started her Classical Ballet and Pointe studies under the direction of Patricia Harrington at Belleville Academy of Dance in Illinois. She attended Central Pennsylvania Youth Ballet for their intensive programs for two years, with Marcia Dale Weary. At the age of sixteen she was asked to join Missouri Concert Ballet under the instruction of Antonio and Ludmila Dukoudowsky for two years.

Her dance career began in 1986 in Tulsa, Oklahoma at Impact Productions. She toured, taught and performed all over the United States as well as overseas in Germany, Sweden, Norway, Bulgaria, Romania, Austria, Hungary and Russia. Starting in 1992 she performed and taught with Midwest Ballet for three years. In 1996 she opened her own studio in Beatrice, Nebraska and directed it for four years. Then she moved to Costa Rica to begin teaching in a local academy for five years. In 2005 she returned to the United States, since then she has been teaching in Port Saint Lucie and Jupiter Area for the last eleven years. She is excited to be starting her 3rd year at Dance Academy of Stuart. 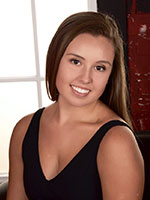 Ballet, Pre-Pointe, Jazz, Tap, Lyrical
Jordan began dancing at the Dance Academy of Stuart at the age of 2. Jordan graduated from Martin County High School in 2018 and is now currently attending Indian River State College’s Nursing program. Along with being part of the Stuart City Dancers for 8 years, Jordan also competed with the DAS Competition Team and has been an apprentice with Atlantic East Coast Dance Theatre for 2 years. Jordan studied ballet at Florida State University for three summers and has been recognized with numerous awards and scholarships at a wide range of nationally recognized dance competitions. At 12 years old, Jordan began assistant teaching and by 14 she became a student teacher. In 2018 we were thrilled to welcome Jordan to DAS Faculty full-time and continue sharing her passion, knowledge, choreography and technique with a new generation of dance students! 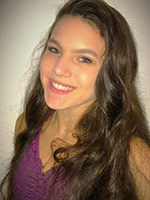 Creative Movement, Beginning Ballet, Tap, Jazz, Hip Hop, Leaps and Turns
Ryan began dancing locally at the age of 6. Since she began, she has been training to be diverse in many styles of dance ranging from Ballet to Hip-Hop and pretty much everything in between. Ryan has also been competing most of her life where she has won numerous awards, scholarships, has met/learned from praised choreographers, and has become well known by other studios throughout Florida in the competition world. Along with competition, she was part of the DAS Stuart City Dancers pre-professional company. While in high school, Ryan choreographed multiple pieces for the dance show Believe as well as being a part of the dance program at Treasure Coast High School for 4 years. At the age of 11, she became a teacher’s assistant for the younger ballerinas and at the age of 15 she started teaching her own classes. Now Ryan continues to teach dance in multiple genres and is doing choreography for competition. Ryan is also working on promotional projects such as dancing in advertisements, parties, videos, and more! This is Ryan’s 2nd season instructing at The Dance Academy of Stuart. 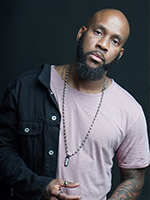 P.K has also shared the stage with Jason Derulo, Don Omar, Marc Anthony, Daddy Yankee, Trick Daddy and Danity Kane and has done videos with the likes of Luis Fonsi, French Montana, Yandel, One Direction, Flo Rida etc.
And it doesn't stop there he has also appear on shows such as MTV Super Sweet 16, BET Spring Bling, Premios Juventud and Premios Lu Nuestro.

His passion for dance has inspired others through his artistry of dance. And he is happy to pass on his knowledge and experience to the next generation of dancers as a sought after master teacher and judge. 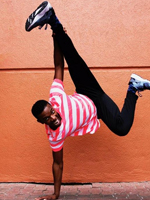